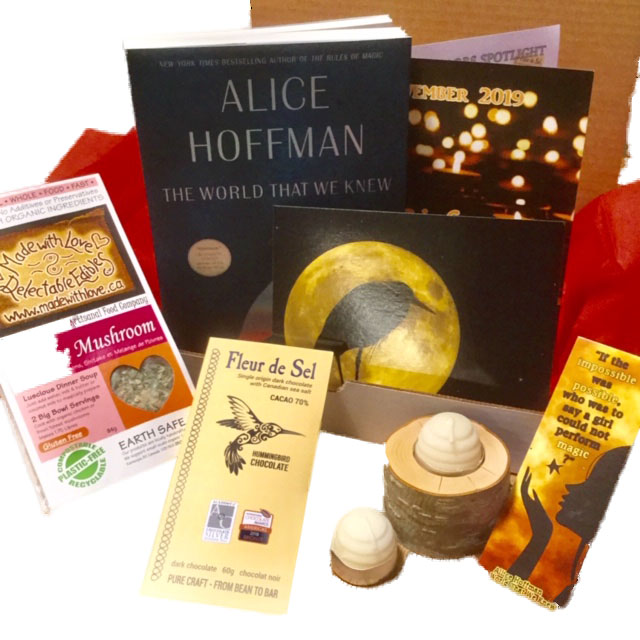 Why We Love Alice Hoffman's The World That We Knew

Alice Hoffman knows how to write beautiful sentences, evoke emotional imagery, and tell a compelling story all of which she does wonderfully in The World That We Knew.

Hoffman’s book, set during one of the darkest times in humanity, the Nazi regime of WWII, focuses, exquisitely, on the light. That is not to say that Hoffman glosses over the horror of what was going on, but she focusses on the helpers, on the people getting the children out of Nazi territory and on the people trying to get out, on the love and the hope.

This reminds me of Mr Rogers’ famous quote:

“When I was a boy and I would see scary things in the news, my mother would say to me, “Look for the helpers. You will always find people who are helping.”

That’s what this book felt like for me – the people who, regardless of religion, social status, or danger to themselves, worked tirelessly to save Jews from the Nazis.

Hoffman, however, does not shy away from the opposite, what happens when you live in denial and don’t help, as epitomized in the famous quote by Martin Niemöller:

“First they came for the socialists, and I did not speak out—because I was not a socialist.

Then they came for the Jews, and I did not speak out—because I was not a Jew.

Then they came for me—and there was no one left to speak for me.”

At Callisto Crate, we focus on strong woman reads and the women and girls in the novel were extremely well drawn and are interesting. We loved their endurance, passion, and tenacity. They explored variations on the themes of love, what a person would sacrifice for love, and even what is humanity without love. There is motherly love, romantic love, love for strangers, familial love, and friendly love, all of which are highlighted in different ways, tugging at the heartstrings.

All of this is done with the backdrop of magical realism, with the golem that a mother makes to protect her daughter and the angel of death hungrily awaiting its due.

The stakes in this book are so high, life or death, survival or genocide, hope or despair, love or loss – huge topics, but told with remarkable skill and sensitivity and gorgeous writing.  This can best be summed up with a quote from the book:

“Once upon a time something happened that you never could have imagined, a spell was broken, a girl was saved, a rose grew out of a tooth buried deep in the ground, love was everywhere, and people who had been taken away continued to walk with you, in dreams and in the waking world.”