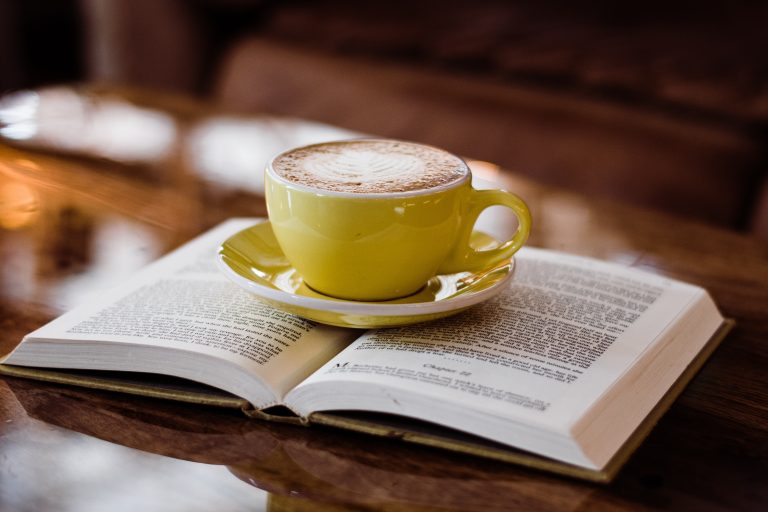 Our Favourite Books of 2019

2019 was an absolutely fantastic year for books! This sometimes made it difficult for us here at Callisto Crate to decide which books we selected for our boxes. Here, we’ve compiled a list of our favourite books, including the ones that didn’t make it into our boxes, along with books that our followers have rated as their favourites of the year.

Books That We Featured in Callisto Crate Boxes

My Sister, The Serial Killer by Oyinkan Braithwaite

A though provoking, darkly comic novel about sisters — one who kills her boyfriends and one who cleans up after her. We laughed and we

The Lost Girls of Paris by Pam Jenoff

The Women’s War by Jenna Glass

An epic fantasy that explores the question of what would happen if women could control their own fertility and what the consequences are for the patriarchy.

A vivid historical thriller about a young woman whose quest to free her sister from an infamous insane asylum risks her sanity, her safety and her life.

Flowers Over the Inferno by Ilaria Tuti

As Teresa, an Italian police detective who specializes in profiling, works to find a unique killer, she must also confront the possibility that her body and mind, worn down by age and illness, may fail her before the chase is over.

Bina: A Novel in Warnings by Anakana Schofield

Bina, who is an ordinary woman who has simply had enough, writes out her story on the backs of discarded envelopes, revealing a complex moral universe filled with humour and sadness, love and rage, and the consolations, obligations and mysteries of lifelong friendship.

Three unlikely companions, 2 ghosts and a mute mime, trek across the country in this humorous and lightly macabre story that explores relationships, personal burdens, and what it means to keep moving, even when your heartbeat has stopped.

Wherever She Goes by Kelley Armstrong

When the police refuse to believe Aubrey, a mom who doesn’t have primary custody of her child, she realizes that rescuing the boy who she has seen being kidnapped is up to her alone. Her past is full of secrets, but she must decide how far she is willing to go to protect a child.

The Testaments by Margaret Atwood

Margaret Atwood’s amazing sequel to the dystopian classic, The Handmaid’s Tale, picks up the story more than fifteen years after Offred stepped into the unknown, with the explosive testaments of three female narrators from Gilead, answering the questions that readers have been asking for years.

Empire of Wild by Cherie Dimaline

In this gritty and imaginative novel, Joan, with only the help of Ajean, a foul-mouthed euchre shark with a knowledge of the old ways, and her odd, Johnny-Cash-loving, 12-year-old nephew Zeus, has to find a way to remind her missing husband who he really is. Her life, and the life of everyone she loves, depends upon it.

The World That We Knew by Alice Hoffman

This beautifully told book, set during one of the darkest times in humanity, the Nazi regime of WWII, focuses, exquisitely, on the light. That is not to say that Hoffman glosses over the horror of what was going on, but she focuses on the helpers, on the people getting the children out of Nazi territory and on the people trying to get out, on the love and the hope.

The Ten Thousand Doors of January by Alix E. Harrow

In the early 1900s, a young woman embarks on a fantastical journey of self-discovery after finding a mysterious book in this captivating and lyrical portal fantasy.

Books We Loved This Year

The Book Woman of Troublesome Creek by Kim Michele Richardson

Inspired by the true and historical blue-skinned people of Kentucky and the brave and dedicated Kentucky Pack Horse library service, this novel is a powerful message about how the written word affects people–a story of hope and heartbreak, raw courage and strength splintered with poverty and oppression, and one woman’s chances beyond the darkly hollows.

A People’s History of Heaven by Mathangi Subrammanian

Heaven is a thirty-year-old slum in India where five girls on the cusp of womanhood-a politically driven graffiti artist; a transgender Christian convert; a blind girl who loves to dance; and the queer daughter of a hijabi union leader-forge an unbreakable bond as they work to save their home, get an education, and survive.

Leaving behind a nomadic and dangerous career as a journalist, Sarah DeVaughan returns to India, the country of her childhood and a place of unspeakable family tragedy, to help preserve the endangered Bengal tigers. Meanwhile, at home in Kentucky, her sister, Quinn–also deeply scarred by the past and herself a keeper of secrets–tries to support her sister, even as she fears that India will be Sarah’s undoing.

The Priory of the Orange Tree by Samantha Shannon

A world divided. A queendom without an heir. An ancient enemy awakens. This fantastic epic fantasy novel, though daunting in size, is well worth the read. There is everything: pirates, dragons, magic, adventure, love, friendship, betrayal…

The Bookish Life of Nina Hill by Abbi Waxman

It’s time for Nina to come out of her comfortable shell, but she isn’t convinced real life could ever live up to fiction. It’s going to take a brand-new family, a persistent suitor, and the combined effects of ice cream and trivia to make her turn her own fresh page.

Get a Life, Chloe Brown by Talia Hibert

In this steamy romantic comedy, chronically ill Chloe Brown enlists handyman Red’s help in her mission to rebel and get a life. In so doing, she not only learns what is beneath is rough exterior, but also about herself.

There You Are by Mathea Morais

In the aftermath of the awakening of the Black Lives Matter movement, Octavian travels homeward when the record shop that was pivotal to the community as a teenager in the 1990s is closing for good. This raw, powerful story of love and loss reckons with how where you come from shapes even the most fleeting collisions between friends, neighbors, and strangers.

The Wisdom of Sally Red Shoes by Ruth Hogan

This beautifully told novel is an exceptional and mesmerizing exploration of the simple human connections that make life worth living, about dark secrets, hope, unexpected friendships and second chances.

Chronicles of a Radical Hag (With Recipes) by Lorna Landvik

A bittersweet, seriously funny novel of a life, a small town, and a key to our troubled times traced through a newspaper columnist’s half-century of taking in, and taking on, the world.

Ayesha At Last by Uzma Jalaluddin

A clever and engaging modern day Pride and Prejudice retelling set in the Muslim community of Toronto. When a surprise engagement is announced between Khalid and Hafsa, Ayesha is torn between how she feels about the straightforward Khalid and the unsettling new gossip she hears about his family. Looking into the rumors, she finds she has to deal with not only what she discovers about Khalid, but also the truth she realizes about herself.

Books Recommended by Our Followers (that we haven’t read yet, but are on our list!)

The Gown by Jennifer Robson

An enthralling historical novel about one of the most famous wedding dresses of the twentieth century—Queen Elizabeth’s wedding gown—and the fascinating women who made it.

How to Make Friends With the Dark by Kathleen Glasgow

Here is what happens when your mother dies. It’s the brightest day of summer and it’s dark outside. It’s dark in your house, dark in your room, and dark in your heart. You feel like the darkness is going to split you apart.

The Seven or Eight Deaths of Stella Fortuna by Juliet Grames

In this stunning debut novel, a young woman tells the story behind two elderly sisters’ estrangement, unraveling family secrets stretching back a century and across the Atlantic to early 20th century Italy.

A Cosmology of Monsters by Shaun Hamill

A tender and terrifying literary horror novel that tells the story of a family (creators of a haunted house attraction called the Wandering Dark) and the hereditary monsters – both metaphorical and all-too-real – that haunt them.

Single mother, Ruth, and her son, DJ, have never truly fitted in, but that didn’t matter, so long as they were together. When their home comes under threat, their quiet life will change forever.

The Boy on the Beach by Tima Kuri

An intimate and poignant memoir about the family of Alan Kurdi—the young Syrian boy who became the global emblem for the desperate plight of millions of Syrian refugees—and of the many extraordinary journeys the Kurdis have taken, spanning countries and continents.

A Mind Spread Out on the Ground by Alicia Elliott

In an urgent and visceral work that asks essential questions about the treatment of Native people in North America while drawing on intimate details of her own life and experience with intergenerational trauma, Alicia Elliott offers indispensable insight into the ongoing legacy of colonialism.

No Exit by Taylor Adams

A brilliant, edgy thriller about four strangers, a blizzard, a kidnapped child, and a determined young woman desperate to unmask and outwit a vicious psychopath.

By turns biting, funny, poetic, and heartbreaking, Megan Gail Coles’ debut novel rips into the inner lives of a wicked cast of characters, building towards a climax that will shred perceptions and force a reckoning. This is blistering Newfoundland Gothic for the twenty-first century, a wholly original, bracing, and timely portrait of a place in the throes of enormous change, where two women confront the traumas of their past in an attempt to overcome the present and to pick up a future.

We’d love to know, what were your favourite books of the year? Have you read any of these? What would you recommend?