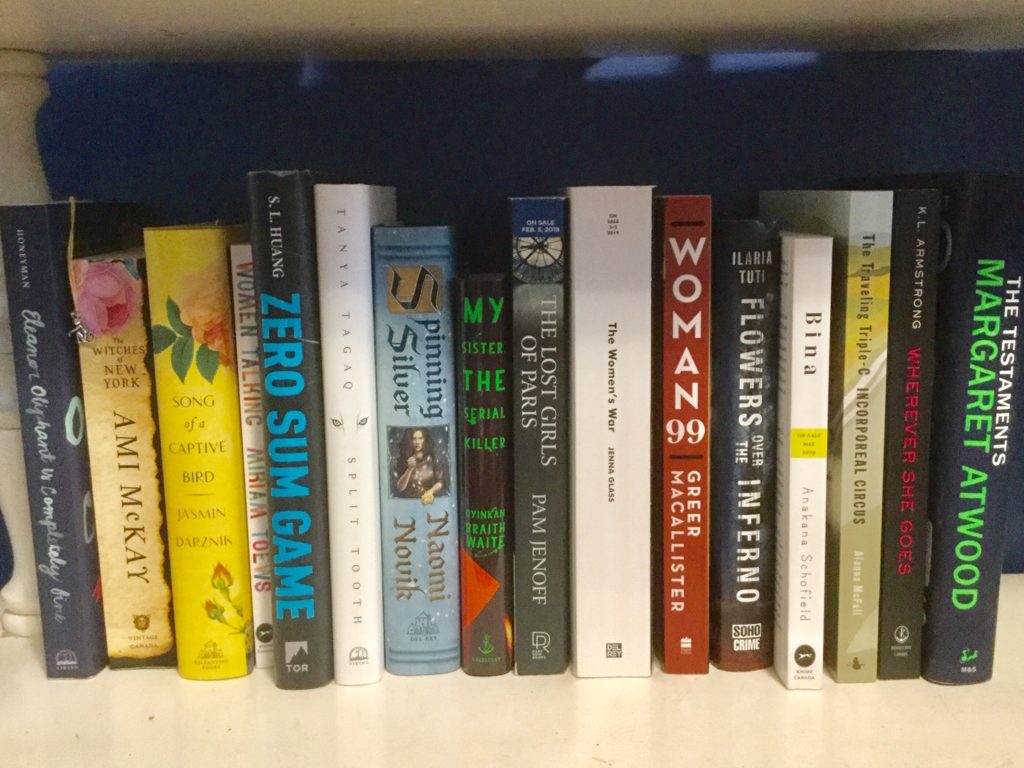 Violence Against Women in Books

“In the end, we’ll all become stories.”

At Callisto Crate we read a lot of books, probably 4-5 books for everyone we choose to curate for our boxes — and all of these books feature strong women. We love it. It’s our passion. We get so excited that we want to share these stories of strong women with others, not only to entertain, but also to inspire and engage, spark the imagination, and even challenge us.

However, there is one trend we have found that has caused us to pause, something we knew, but hadn’t really thought through consciously – books about women involve a lot of violence against women.

Of the 16 books that we have curated for boxes so far, a full half, or 8, have explicit violence against women:

Five other books that we have included in our boxes have overt sexist behaviour or less violent abuse against women:

These statistics gave us pause recently, not the least because as part of our curation, we work to mix up the genre and seriousness of the books month to month – and for many months this can be difficult. We find ourselves saying things like: “We want a book without rape in it”, “We want some books where women do not experience violence”, “Is including a book with such scenes in it going to turn off our audience?”

However, these are our stories as women and we all know the statistics — women are, more often than not, the victims of violence and discrimination, so it’s no wonder we see this mirrored in books about women. As such, we do include hard books sometimes, but only where the abuse or mistreatment is an authentic part of the story being told and is not gratuitous or voyeuristic.

It is important to read about women overcoming terrible obstacles, to see them survive and thrive. Sexism and abuse are the reality for far too many women and writing about it is powerful, cathartic, and shines a vital light in the darkness. There is a socially conscious aspect to women telling their whole story, from the glorious highs to the ugly lows. Callisto Crate passionately believes that is critical to hear these stories, acknowledge the struggles that women face, and support authors who have the courage to write these truths.

That being said, there are many more aspects to women’s lives and we, personally, need to read stories sometimes abuse and sexism are not overtly part of the story: where women are physically strong and kick butt, like in Zero Sum Game by SL Huang; or where the protagonist is smart and has problems that aren’t related to her gender, such as in Wherever She Goes by Kelley Armstrong; or where the tension comes from somewhere else completely, as in Ami McKay’s Witches of New York.

What are your thoughts? What is your favourite strong woman read that inspires you?

Note: Callisto Crate is a Canadian book box subscription service that curates strong woman reads and pairs it with artisanal gifts related to the book for a unique and immersive reading experience.