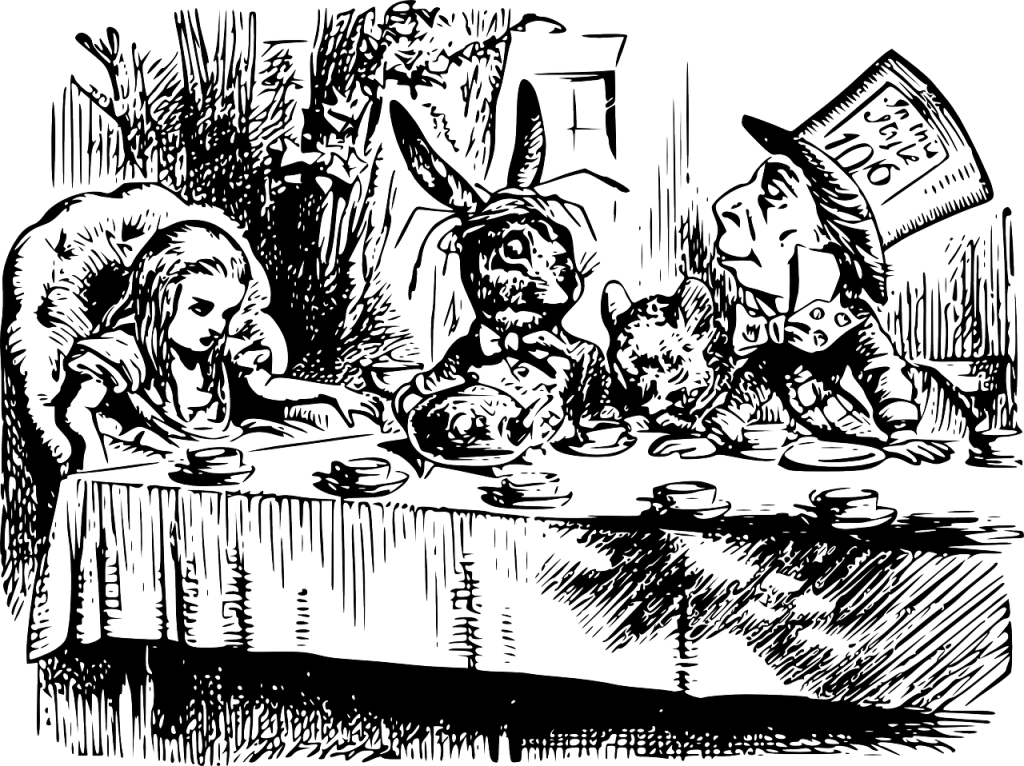 We love this fantastical book and its curious heroine. This is definitely a strong woman read for any age. In order to celebrate, we’ve compiled a few of our favourite quotes from this beloved, iconic, timeless book.

“Why, sometimes I’ve believed as many as six impossible things before breakfast.”

“Would you tell me, please, which way I ought to go from here?”
“That depends a good deal on where you want to get to,” said the Cat.
“I don’t much care where—” said Alice.
“Then it doesn’t matter which way you go,” said the Cat.
“—so long as I get somewhere,” Alice added as an explanation.
“Oh, you’re sure to do that,” said the Cat, “if you only walk long enough.”

“It’s no use going back to yesterday, because I was a different person then.”

“Curiouser and curiouser!” cried Alice (she was so much surprised, that for the moment she quite forgot how to speak good English).

“‘And what is the use of a book,’ thought Alice, ‘without pictures or conversation?'”

“When I used to read fairy tales, I fancied that kind of thing never happened, and now here I am in the middle of one!”

“The best way to explain it is to do it.”

“Who are you?” said the Caterpillar.
This was not an encouraging opening for a conversation. Alice replied, rather shyly, “I—I hardly know, Sir, just at present—at least I know who I was when I got up this morning, but I think I must have been changed several times since then.”
“What do you mean by that?” said the Caterpillar, sternly. “Explain yourself!”
“I can’t explain myself, I’m afraid, Sir,” said Alice, “because I am not myself, you see.”

The Queen turned crimson with fury, and, after glaring at her for a moment like a wild beast, began screaming “Off with her head! Off with—”
“Nonsense!” said Alice, very loudly and decidedly, and the Queen was silent.

“Why, sometimes I’ve believed as many as six impossible things before breakfast.”

“Have I gone mad?
I’m afraid so, but let me tell you something, the best people usually are.”